HomeWhy Our Approach Is Different

Why Our Approach Is Different 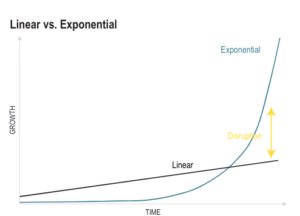 It is said that the next few years will be some of the most volatile years for Investors with many facets being impacted by what is happening around the globe but especially in America’s own backyard. BUT it can also be some of the most exciting investment opportunities if you invest wisely in the right areas.

It can be likened to being able to find an  Apple or an Amazon fledgling company when they started on their meteoric rise to become the giants they are today. We look for golden nuggets and focus on the opportunities for exponential growth factors in market sectors which will have maximum impact and become game changers.

It costs hundreds of dollars for just ONE share of a stock like Apple, Tesla, Visa, or whatever else.

We are committed to finding the nuggets of gold amongst the thousands of possible investment opportunities out there. From Little Acorns Do The Mighty Oak Trees Grow. 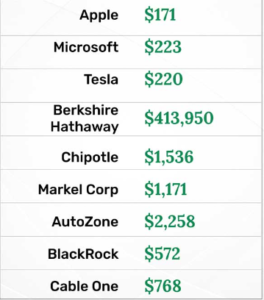 But for many people they will have little knowledge of where to start digging and for the majority the signpost signals which are often there are either obscured or hidden away or written in tech talk that only few experts will recognise.

We came across a financial analysis tool that took a lot of the bumpkin and mystery away and allowed to make some clear decisions that helped to unearth a few nuggets. But it is not just about analysing data but it is also keeping an ear to the ground and investigating the little snippets that are often in the public eye but get missed or are not understood as to the relevance of what has been released and the way it has been released to the wider markets. So instead of trying to be a master over the entire stock market like most people… we focus on our target groups where we are likely to find these gold nuggets lurking.

While the most commonly bought stocks tend to be larger companies, smaller companies can be hidden gems if you know where to look and what to look for. Size isn’t everything. At the same time, they’re significantly more volatile and tend to carry a lot more risk.

Penny stocks tend to be investments in smaller companies: Size isn’t everything, but these firms are usually younger and more nimble, which means they could experience more explosive growth and at a faster rate than older companies would. Penny shares are cheaper than some of the larger cap, more popular shares. So they might be more accessible to investors who find the share prices of other investments are higher than what they’d like to spend.

We focus on fundamentals.It’s only a sound investment if the underlying business is sound too. For penny stocks, there are some metrics in particular which could help you determine the additional risk of investing in smaller cap companies.

Liquidity ratios: these are particularly important for penny stocks as they measure a company’s ability to cover short-term liabilities. Typically, smaller companies have less cash on hand or higher levels of debt, for instance, because they’re more focussed on financing growth as opposed to paying dividends. A lower liquidity ratio might mean the company’s having a hard time advancing its operations, because it has less cash than debts, for instance.

One example of a liquidity ratio is the current ratio. It’s measured by taking a company’s current assets and dividing these by current liabilities. Typically, a value of 0.5 or below would indicate low liquidity. And as an investor, you need to be wary that a company with lower liquidity would be at higher risk of defaulting on its payments to suppliers, and potentially you as an investor.

Valuation ratios: these ratios can help you figure out if a stock is a good investment at its current price. The price to earnings (or P/E ratio) is an example of a popular valuation measure used to assess a stock’s price relative to its earnings per share (EPS). P/E is calculated by dividing the stock price by EPS. When you’re using this ratio, it’s a relative exercise, meaning it’s about what you get for the price you pay. So a low P/E ratio might mean the stock’s price is low, but that’s relative to the firm’s earnings. When it comes to penny stocks, the P/E ratio is especially important because it considers the stock’s cheapness relative to what the company is proving about its worth.